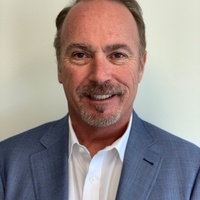 Michael Jackson
Cadence Design Systems, Inc.
DescriptionFor more than fifty years, the trend known as Moore’s Law has astutely predicted a doubling of transistor count every twenty-four months. As 3nm technology moves into production, process engineers are feverishly working to uphold Moore’s Law by further miniaturizing the next generation of semiconductor technology. Meanwhile, a second trend referred to as “More than Moore” was coined in 2010 to reflect the integration of diverse functions and subsystems in 2D SoCs and 2.5D and 3D packages. Today, the trends of Moore’s Law and “More than Moore” synergize to produce ever higher value systems.

Working together, advances in both process technology and electronic design automation (EDA) have driven fundamental evolutions behind these two important semiconductor trends. This talk will examine the amazing and innovative developments in EDA over the years, culminating in the era of 3DIC and Machine Learning-based EDA to chart the path to 3nm and More than Moore.
Back to top