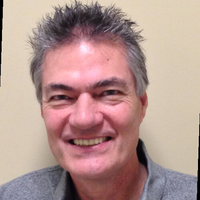 Biography
Mr. Costello is considered to have founded the EDA industry when in the late 1980s he became President of Cadence Design Systems and drove annual revenues to over $1B—the first EDA company to achieve that milestone. In 2004, he was awarded the Phil Kaufman Award by the Electronic System Design Alliance in recognition of his business contributions that helped grow the EDA industry. After leaving Cadence, Joe has led numerous startups to successful exits such as Enlighted, Orb Networks, think3, and Altius. He received his BS in Physics from the Harvey Mudd College and also has a master's degree in Physics from both Yale University and UC Berkeley.
Presentations
Keynote
When the Winds of Change Blow, Some People Build Walls and Others Build Windmills