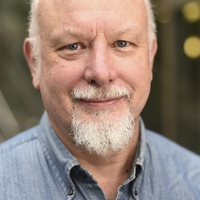 Biography
Kurt Keutzer is a Professor of the Graduate School in EECS at University of California, Berkeley, where he is also a member of the Berkeley AI Research (BAIR) Lab and co-director of the Berkeley Deep Drive research consortium. His research covers all aspects of making Deep Learning efficient. His “Squeeze” family of Deep Neural Nets were among the first neural nets suitable for mobile and IOT applications. His collaboration on the LARS and LAMB algorithms reduced the training time of ImageNet and BERT to minutes. Previously, Kurt was CTO at Synopsys, and his contributions to Electronic Design Automation were recognized at the 50th Design Automation Conference where he was noted as a Top 10 most-cited author, author of a Top 10 cited paper, and one of only three people to win four Best Paper Awards in the fifty-year history of that conference. As an entrepreneur Kurt has been an investor and advisor to over 30 startups. His most recent exits have been DeepScale (where he was co-founder), acquired by Tesla, and BabbleLabs (investor and advisor), acquired by Cisco. He was the first investor in Coverity, and he was among the first group of investors in Tensilica, and, more recently, Covariant.
Presentations
Keynote
AI, Machine Learning, Deep Learning: Where are the Real Opportunities for the EDA Industry?